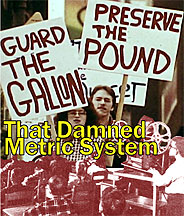 That Damned Metric System DVD. The A/V Geeks present films made during the late 1970s push for the nation to adopt the metric system of measurement. Gee, it seem so easy to learn compared to the English system. Hmm. Wonder why it was dropped in the 1980s? Films include – Metric America, the rarely seen Schoolhouse Rock metric system shorts and much more! 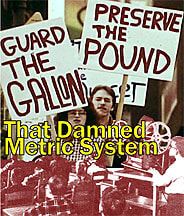