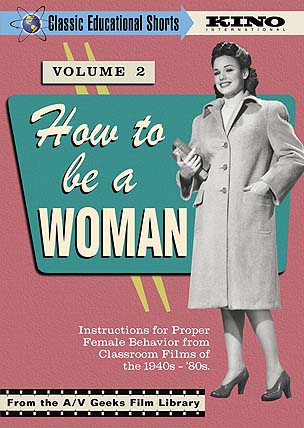 How To Be A Woman DVD. As the daughters of the baby boom reached adolescence, the American school system struggled to educate them on matters of sexual and social development lessons that were not always being taught at home. To the teacher uncomfortable with such topics, classroom films were a godsend. They depicted the reproductive system in anatomical detail (Growing Girls) or through puzzling symbolism (The Wonders of Reproduction, produced by the Moody Institute of Science). Beyond sex education, classroom films addressed a wide array of social issues, from the importance of cooking skills (You’re the Judge, starring a young Bonnie Franklin), to self-defense (Attack) and how to appear more pleasing to others (Improve Your Personality). Often corny, sometimes frightening, these cinematic life lessons curated and introduced by Skip Elsheimer, founder of the A/V Geeks educational film archive provide a fascinating window to the hopes and fears of parents and educators in mid-century America. (on two DVDs) 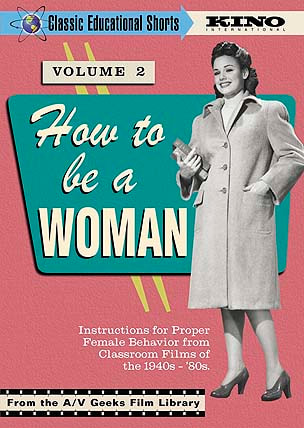 How To Be A Woman DVD