The Coz DVD. Bill Cosby has recently been shocking folks with his critical view of African-American;youth culture. Well, folks forget that before the Cosby show and his shilling;for Jell-o, Bill had a lot to say about what was wrong with the world. Films;include: Bill Cosby on Prejudice, A Day With Bill Cosby and more! 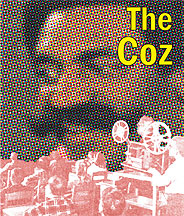