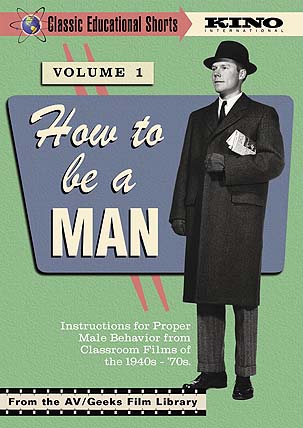 How To Be A Man DVD. For centuries, parents have struggled to usher their children through the magical, often treacherous, journey to adulthood. But in mid-century America, a new form of tutelage was engineered: the classroom film. Suddenly, the prickly issues of sexual development and juvenile delinquency could be addressed in tidy, ten-minute sermons disguised as dramas. To deal with the subtleties of behavior and the importance of fitting in, social guidance films were made on such topics as coping with failure (Planning For Success) and teasing (The Other Fellow’s Feelings). The films in this collection-curated and introduced by Skip Elsheimer, founder of the A/V Geeks educational film archive sample some of the lessons that were routinely taught to boys. In them, one sees slices of Americana, discovers the world of educational cinema (with a language all its own), and gains an insight into the hopes and fears of the parents and educators who relied on the power of cinema to initiate, educate and indoctrinate the young. (Two DVDs of content) 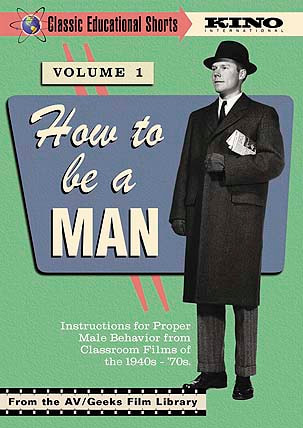 How To Be A Man DVD